Once again, I have compiled a list of the best books I read this past year. As usual, these books were not necessarily published in 2015, just ones I happened to read this year.

Of the 61 titles I read, here were my favorites: 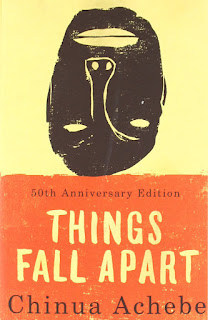 Things Fall Apart by China Achebe - Yes, this book has become staple reading in high school and college classes. Yes, it exemplifies the theme of postcolonialism in literature. (It's the story of the encroachment of white European society on an Ibo village.) But it's so much more than that. Achebe taps into something ancient and universal with his depiction of a man struggling to stay true to his traditional way of life in the face of a shifting world. 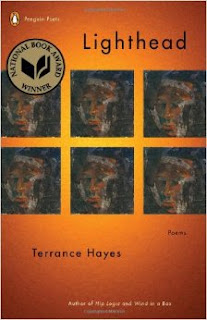 Lighthead by Terrance Hayes - Hayes' poems are brilliant, beautifully-written, possessed of clarity and originality of phrase. But what really stuck with me after reading this book was the way in which he brings the reader into the African-American community. I got to experience that sense of heritage and solidarity, despite the color of my own skin. He made his story into our story-- a rare and impressive feat for any writer. 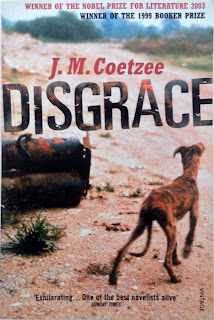 Disgrace JM Coetzee - Coetzee, a Pulitzer and Booker Prize winning author, is not known for writing chipper works, so be warned-- this book is a devastating look at race and gender politics in post-apartheid South Africa. This is not a long book, but it's dense, weighty, intense; it's also difficult to summarize, as there are so many small plots, character interactions and themes spinning through it. At its core is David, a university professor. After engaging in a series of risky affairs, he is fired from his job and retreats to his lesbian daughter's farm in the country where he takes a job cleaning up euthanized animals. A powerful meditation on the ways in which human beings hurt each other and other living creatures. 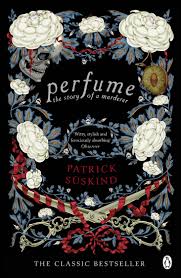 Perfume: Story of a Murderer by Patrick Suskind - I picked up this book after coming across the film with Ben Whishaw and Alan Rickman. At its heart, this book is a psychological horror novel centered around an intensely creepy, repugnant and yet fascinating serial killer, like Hannibal Lecter or Patrick Bateman. But this story brings some interesting new twists to the genre, blending magical realism and historical fiction into a heady concoction. Its killer is Jean-Baptiste Grenouille, an orphan born into 18th century France. Grenouille has a unique gift: the most sensitive nose in all of creation. Delightfully bizarre, morbidly funny, and gorgeously written-- don't miss it. 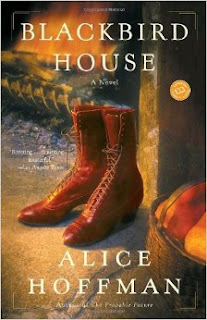 Blackbird House by Alice Hoffman - a collection of short stories, tracing the history of a particular house and its various inhabitants for 200 years. Flawless and sublime. 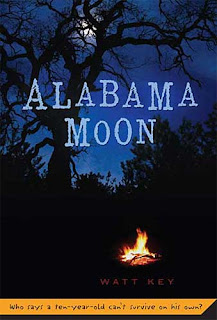 Alabama Moon by Watt Key - I'm a sucker for Southern-fried literature, as well as for tales about the Underdog Who Makes Good. This book satisfies on both fronts. It's the story of a ten-year-old boy named Moon, whose mentally-ill father raised him off the grid. Moon knows everything about how to survive in the wilderness, but virtually nothing about regular society. When Moon's father dies, Moon has to adapt fast when he encounters a series of law enforcement officials, boys' homes, foster care and all the treacheries associated therewith. I was so happy when Moon found his forever home-- you will be, too. 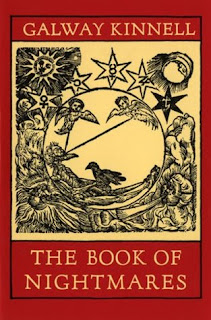 The Book of Nightmares by Galway Kinnell - One long poem drawing upon Kinnell's experiences protesting the Vietnam War and participating in the Civil Rights movement-- but, like all good poems and anti-war poems in particular, this book is really about life and death. It starts with the birth of Kennell's daughter, (one of the most beautiful descriptions of birth I've ever read), then traces his journey through the hellfires of modern life. "The Dead Shall Be Raised Incorruptible" is now one of my favorite pieces of writing. 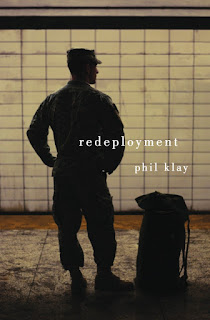 Redeployment by Phil Klay - Oh my God, read this book. Seriously, just read it. A collection of short stories about American soldiers in Iraq and Afghanistan, this book is immediate and important. It shows the war of now-- what war has become in the age of the Internet and constant media. Perhaps to underscore this, the book often feels more like documentary than storytelling, giving a comprehensive view of the soldiers' experiences—soldiers in the middle of the shit, frightened, exhilarated, lost, depressed, confused, dying, surviving. It shows them coming home on leave. It shows them years after the fact. It shows how people wear their wounds, both interior and exterior, how they deal with being both the recipient of death as well as the cause of it. The language is spare and brutal. One story, in particular, I liked because it was written almost entirely in acronyms, which of course, is how the military divorces its actions from reality and creates its own insular little world.

It should be noted, the misogyny in this book is a little hard to take. It's undoubtedly real, war being the most masculine of pastimes, so there's the machismo posturing one would expect from young enlistees, sorting women neatly into "hot or not" boxes. The female characters exist only on the peripheries: girlfriends back home, wives, prostitutes, only the occasional female soldier or contractor, Iraqi war widows.

It's been said that all war films are really pro-war. This is not the case with literature, and with Redployment in particular. 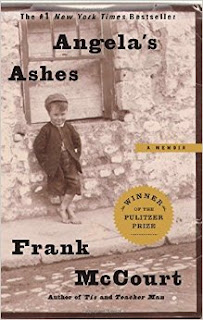 Angela’s Ashes by Frank McCourt - How did it take me so long to read this book? Seriously, HOW? I don't know, but I'm so glad that I finally did read it. It's a mark of how much I love a book when I follow my husband and friends around, reading passages aloud to them, to the point of being totally obnoxious. This was just such a book, now one of my all-time favorites.

For those who are unfamiliar with this book, it's McCourt's memoirs about his childhood in Ireland during the Great Depression. After I read it, I perused other readers' reviews on Goodreads, and so many of them were talking about how bleak this book is. Of course it is-- it's about poverty and disease. But am I the only one who found this book uproariously funny? I was raised Catholic, so I found pretty much any scene dealing with nuns or priests to be hilarious. Also, I'm Mexican, which, as a Colombian friend once pointed out to me, "You Mexicans are just like the Irish, except you have better food." While I didn't experience this level of poverty personally, I was partially raised by a large extended family of grandparents, aunts and uncles who were this poor, so McCourt's descriptions and some of the situations struck my funny bone in that painful, I'm-laughing-because-it's-so-true sort of way.

Also, the phrase, "as sure as God made little apples!" has become a permanent addition to my lexicon. 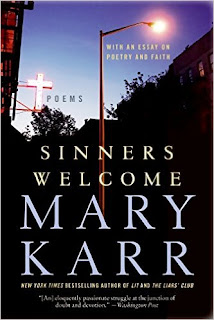 Sinners Welcome by Mary Karr - I was skeptical when I picked up this collection of poems by Karr, who is better known for her memoirs and essays. She converted to Catholicism later in life, and I thought, Really? What more can be said on that subject? I was pleasantly surprised. Karr's poems are searing, insightful, lyrical, expansive, honest, and yes, manage to bring a fresh perspective to Catholicism and Christianity in general. She has poems about the assumption of the virgin and the nativity which, when told from a 21st century mother, do take on new life. 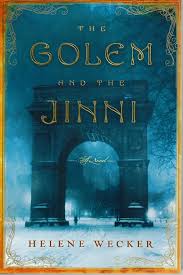 The Golem and the Jinni by Helene Wecker - This is the tale of a golem and a jinni who, through no fault of their own, immigrate to New York in 1899. There was nothing about this book I didn't love: magic, supernatural creatures, folklore, historical backdrops, and coming to America. Perfect.

Happy New Year, everyone! I can't wait to see what books and authors I'll meet in 2016.


If you liked this post, be sure to check out my reading retrospectives for 2014 and 2013.

I am now on Patreon. Be sure to check out my work there-- your support would be much appreciated!


Posted by Lauren Scharhag at 12:12 AM No comments: