Hey, folks. Just a quick update: The Order of the Four Sons, Book IV is scheduled to release this fall. For those of you who are new to the O4S verse, we'd originally released Book III as one enormous book. We have since decided to break it into two volumes, Where Flap the Tatters of the King and The Sacred Heart.

Coyote and I have been working on the final volumes of the series-- we had originally planned it as one book as well, but we've since decided the story would be better served if we break it up, too. So instead of a four-book series, O4S will now be six books.

Unfortunately, I don't have an estimated release date for Books V and VI. We're not as far along on them as we'd like to be. In fact, we've decided to take a bit of a hiatus. Since April, we've been working on a side project that's pure, dumb fun for us. I don't know if the side project will ever evolve into something publishable, but we're having a good time doing it, and I think it's been very good for us, individually and as a team. So when we do come back to the main O4S storyline, we should be nice and refreshed, creatively speaking. I hope we can do justice to the end of this series that we (and, presumably, you) care so much about.

In the meantime, here's an excerpt for The Sacred Heart (Book IV), to wet your whistle. It features my favorite bad boy (and by "favorite," I mean the one that gives me the most nightmares). 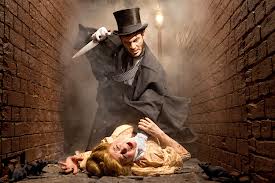 Excerpt from The Sacred Heart


For almost two hundred Corbenese years, Jack had haunted the Crescent. The Crescent was his paradise. The smell of desperation and the painted smiles. The empty people trading in their empty pleasures. He walked among them, unseen, in a place where people made it a point to never see anything. Yet, this is where all the masks come off. There was no pretension here. No illusions. No hope. And into this Boschian landscape she came, an angel in a bustier and borrowed heels, trying and failing to hide her celestial radiance.
Every night, she came, and every night, he admired her from afar. How practiced was her fear, how convincing her timidity—every reluctant step, every shaking intake of breath, every flight from her would-be attackers. Other streetwalkers, johns, pimps, rapists—all of them looked at her and saw prey, practically licking their chops at the prospect of such a juicy little morsel. In fact, she was attracting more attention than a normal streetwalker would simply because, on some deep, instinctive level, the natives seemed to sense how much more alive she was than they would ever be. They sought her out, desiring to avail themselves of a little of her precious light, if only for a short while. Sometimes she would let them get near, even put their hands on her. But try as they might, they could never possess her.
She was not for them.
Jack was able to see what the denizens of the Crescent could not– that quick little graceful move she did when she decided that she would not, in fact, be touched. When men tried to grab her, she dodged and ran. None of them had any idea, as they pawed at her and spit and groped, that she gave them back their lives as she carried on. If she had wanted to paint the entire Crescent crimson with their unworthy blood, she had but to will it to be so.
But she spared them. All of them.
Because it was him that she sought. There came the point, all too soon, that he could not stay away. And as he drew near, he witnessed the various responses she’d had to things—the typical goings-on in a place such as this, the thefts, the assaults, the rapes, the general mayhem. He savored her shock and revulsion, written clearly in the set of her shoulders, in the tension that thrummed in her being as the urge to intervene nearly overwhelmed her, the desire to smite the wicked and avenge the weak. But she held herself in check, restraining herself for him.
That she went to such lengths on his behalf. He was truly touched. How much longer could he deny her? He felt almost selfish, drawing out these long nights.
And then tonight, when she appeared, he sensed immediately that something had changed.
She had been luminous before, but something had stoked her to the intensity of a small sun. She was so bright now, he could still see her when he closed his eyes, an ethereal afterimage imprinted on his lids, as if viewing her through a gossamer scrim, beckoning, dreamlike.
No more waiting now. The moment he had been waiting for had arrived.

Posted by Lauren Scharhag at 2:51 PM No comments: