They all said life’s a bowl of cherries but 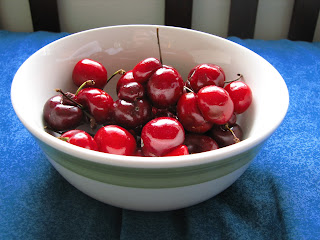 The call came around 11:30 on Tuesday, June 12.  For some reason, there was a mix-up in the records and they lost Patrick’s cell number, so they called mine.  I usually don’t answer phone calls from numbers I don’t recognize, but I had a funny feeling about this one, so I picked up.


It was Sherry from the transplant center, asking to speak to Patrick.

I handed the phone off to him.  I knew there could only be one reason that someone from the transplant center was calling us at 11:30 p.m. on a Tuesday night, but all the same, I tried to go back to the chapter I had been working on.  I knew that this may not be it.  This may be a false alarm.  It happens—people on the organ transplant list get two or three calls before it turns out to be the real deal.  Some of them even get to the hospital and get prepped for surgery before the whole thing gets called off—some test shows up that the organ would not be a good match, the surgeon gets a gut feeling (no pun intended), something.

But I can’t work on the chapter.  My mind has gone blank, and I find myself listening to his end of the conversation, hanging onto every word.  Patrick and I had just gone for a walk.  We had just been saying that, after three years on the transplant list, it was starting to feel like it was never going to happen.

He hangs up the phone and tells me that a possible match has come in.  Sherry said we should go ahead and pack a bag and be ready to get to the hospital.  Patrick should not eat or drink anything after midnight, just in case.  She said they were running tests on the kidney to verify compatibility, check for problems, that sort of thing, and she would call us back by 7 a.m. Wednesday morning at the latest.

But, she said, Patrick should go ahead and dialyze, just in case.

She said we should go ahead and go to bed, try to get some sleep.

---
Patrick packs his bag.  We call only our mothers at this point, because we want them to be ready, but we don’t want to tell anybody else yet.  Then Patrick goes about his usual nighttime preparations—taking his meds, scrubbing in, hooking up to Alice.  This may be the last time has to do it—if not forever, for at least a very long time.

My mind is still blank.  I abandon my work for the moment and decide to take a shower, in case we do have to leave sometime in the predawn hours.  When I get out of the shower, I am too jittery to sleep, so I clean the kitchen.  I fold and put away some laundry.  And then I think, what are you doing, idiot?  Patrick might be in the hospital for weeks.  Go get in bed with him.

So I do, and we lie together, not sleeping.  We find ourselves talking about our favorite memories of each other.

Patrick recalls our first weekend getaway together—we went down to the Lake of the Ozarks and stayed in a bed and breakfast.  The food was excellent.  He remembers how we hiked together in Ha Ha Tonka State Park, exploring the remains of a castle built by some eccentric Kansas City captain of industry, the spring and the mill pond, the Devil’s Kitchen Trail with its enclave of rock.  I remember a series of stones leading up a hillside, all split down the center like the toes of a deer.

The first thing that always comes to my mind is a hot summer afternoon when we lived in Gladstone.  I think we’d only been married for a year or two.  Our apartment had a very nice, big balcony, and I had determined it needed a container garden.  I had put in many pots of flowers—impatiens, petunias, geraniums, primroses.  We put in a patio set and hung up a hammock.  This particular afternoon, Patrick and I walked to a fruit and flower stand in the hot sun and bought two beautiful hanging pots with florescent-colored bougainvillea, and a big bag of fresh cherries.

We brought them back to the balcony, hung and watered the plants, then got in the hammock together to enjoy the cherries and the summer evening.

Very few things in life can be perfect, but I think certain moments qualify.  These are just two out of hundreds.

I had Patrick at Research less than an hour later.  The nurses on the renal ward had prepped his room, writing on the white board, HAPPY KIDNEY DAY!

The surgery itself could not have gone more perfectly.  The kidney started working immediately, which does not always happen.  My phone buzzed constantly as friends and family called and texted for updates, and others come to visit.  I never stop being overwhelmed at the outpourings of prayers, well wishes, and support.

And of course, words simply fail when it comes to expressing my gratitude to our anonymous kidney donor.  Patrick and I will be sitting down to write a thank you letter to the donor’s family very soon.

---
June 13 was a day that dawned bright and sunny, though even if it had been dismal and raining, it would have been a beautiful day, a beautiful moment.

Patrick’s new state of health is nothing short of miraculous.  He was only in the hospital for four days, and I simply can’t get over how good he looks, how different our life has become literally overnight.  No dialyzing.  No nausea or vomiting.  He is sleeping well.  His appetite has returned.  He is rebuilding his stamina, spending first 10 minutes on the treadmill once a day, then twice a day.  Now he’s at twenty minutes, twice a day.  Even his skin—I had become accustomed to his skin looking withered and gray.  Now it’s smooth and young-looking again.  He’s already perusing the job listings, eager to go back to work.  If things continue to go well, he plans to return to college next spring to finish his degree.

I’m still trying to process everything that has happened—not just since Kidney Day, but everything over the past four years.  Some things still need to be dealt with.  Other things need to be assessed.  Plans need to be made.  How do you make up for four years of lost life?  What is the priority?  The average life expectancy of a donor kidney is 10-20 years.  How much can we cram into that time frame-- how many moments?

And of course, this is all contingent upon his recovery—so far, the only hiccup was an allergic reaction to one of his new medications, and the scary price tag attached to the antirejection drugs.  And he still has many weeks ahead of him, labs twice a week, follow-up visits, more surgeries—the removal of his dialysis catheter, and the stent they put in his bladder in order to attach the new kidney.

But compared to all that we’ve been through, this has been a walk in the park.

On Sunday, I went to a fruit stand that sets up shop every summer by our grocery store, and bought a bag of cherries.  After dinner this evening, we sat on the couch together, watching TV, and spitting the seeds into a bowl.

It’s not dainty.  But if it’s not perfect, it’s damn close.


we could go out and not even leave the house
a t.v. set and a bottle of wine is just fine
making out on that old pull out couch
watching saturday night live . . .