“Why do you wear that stupid hat?” and other questions for a transplant patient

This summer, my husband and I celebrated his second kidney day.  He received his kidney transplant in June 2012.  It’s definitely something worth celebrating-- two years of health and an exponentially improved quality of life.  We owe this to a good family who was able to think of others in their time of grief.

In that time, we have discovered that most people seem to think getting an organ transplant means the end of all medical-related woes—they seem surprised that Patrick even has to take medication.  People that didn’t know him before he got his transplant are shocked to hear that anything was ever wrong with him.

A few weeks ago, at Patrick’s job, this conversation happened:

The reason for the stupid hat is that transplant patients are at risk for skin cancer due to immunosuppressant drugs.  Depending on the type of cancer, transplant patients have up to a 100-fold higher risk for developing skin cancer compared to the general population.  Patrick has been encouraged to see a dermatologist at least once a year.  When he goes out, he has also been advised to wear sunscreen.

Mostly, Patrick just tries to stay out of the sun altogether, which is tough for him.  He’s always been a sun-worshipper.  He loves swimming and hiking and all that outdoor shit.  Me, I’ve always been white—I don’t quite combust when light touches me.  I’m more like a deep-sea creature.  If you try to get me in the sun, I’ll probably just squirt ink at you and retreat to my shadowy depths.  That’s a writer joke.  Geddit? 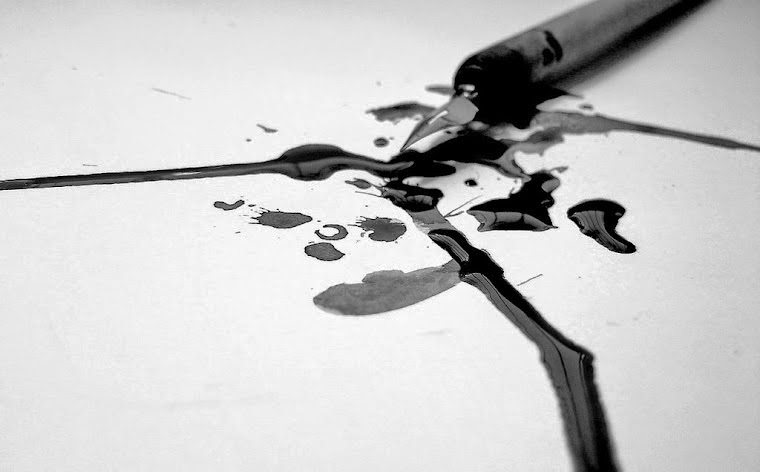 I squirt my ink all over you.

So I can’t really appreciate what he’s going through.  When we know catching some rays is unavoidable, we make sure he puts on sunblock.  But any sunscreen that’s worth a damn is just unpleasant.  It’s greasy, it gets in your eyes, it gets in your beard, (Patrick’s beard, that is.  Not mine.  I don’t have a beard), and it stains the hell out of men’s undershirts.

The rest of the time, he keeps himself covered-- jeans, long-sleeve shirts and a hat.  We considered a classy parasol, but we felt that that would necessitate an extensive wardrobe overhaul and that just ain’t in our budget.  I mean, otherwise, c’mon.  It’s a fucking parasol. 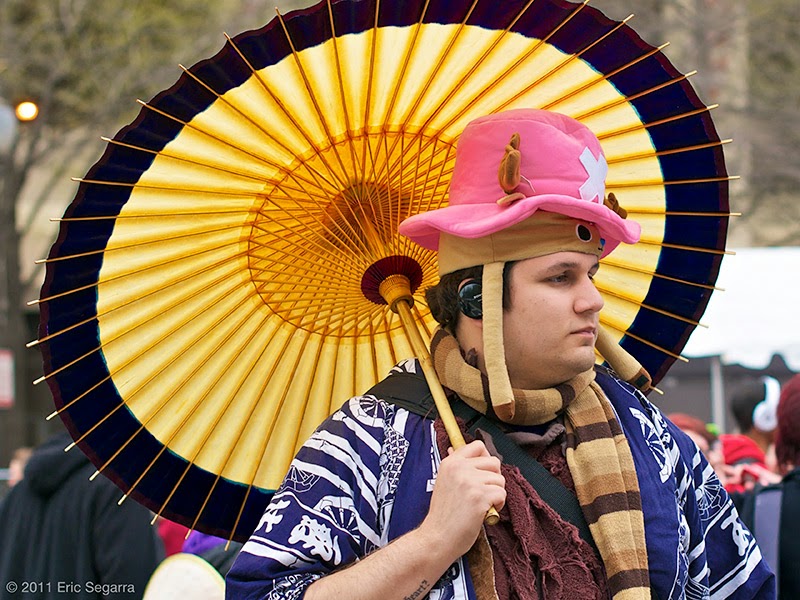 So we opted for a hat.  This is the Midwest.  Wearing a broad-brimmed hat is so normal here, that if people see you wearing one, they just assume you’re going to go back to your pickup truck and drive somewhere to have rugged sexytimes with Jake Gyllenhaal or whatever it is cowboys do.

So all this has inspired me to compile a short(ish) list of some basic things people don’t seem to know about kidney transplants.  (Bearing in mind, of course, that I am not a doctor.  This is entirely based on our experience.)

1. Kidneys: limit one per customer.
People ask us all the time if Patrick got two transplanted kidneys.  No.  You get one.  Uno.  Un.  Eins.  That way, another patient suffering on dialysis can get a transplant, too.  Spread the wealth, y’know?

Fifty percent kidney functionality is all one needs to lead a mostly normal, healthy life.  This is why live kidney donors are able to go through with it—they still get to keep one of theirs.

Also, people ask us what happened to Patrick’s dead kidneys.  (We like to think of them as “zombie kidneys.”)  They’re still in Patrick’s body.  They do not get removed.  We’ve had people who seemed almost disappointed to learn this, that we don’t get to keep them in a jar as some kind of gruesome conversation piece.  (Though, to be fair, if they did take them out, we would keep them.  In a jar.  Either on the coffee table or on a bookshelf.  So they would be a gruesome conversation piece. . . Our friends know us really well.)  The kidneys, even zombie kidneys, are attached to a freakin’ lot of blood vessels.  It’s an unnecessary risk to remove them.  The new kidney is placed in the front of the body, near the appendix.  So, right now, Patrick actually has three kidneys in his body.

2. Getting an organ donation frequently means that somebody died.
This is a tough fact to face.  Sometimes, people are fortunate enough to get a live donor.  Kidney donation matches are largely determined by blood type, which means that sometimes, kidney patients can find a donor in his/her family.  A lucky few get an organ donation from a total stranger—just somebody who felt like banking that much good karma, I guess.

But generally speaking, you probably got your organ from a dead donor.  You are alive today because someone died.  There are few truths as stark as that one.

Due to medical privacy laws, not everyone gets to find out who their donor was.  We were fortunate to receive a letter from our donor’s family.  I blogged about it here.

While we were awaiting a transplant, we found that medical professionals can get pretty ghoulish about the donation process.  We were on the waiting list for almost three years.  Every time winter weather came around, invariably, at least one nurse would holler, “IT’S CAR ACCIDENT SEASON!”  Like, it’s black ice time, WOO!  All we have to do is kick back and wait for all those plump, juicy, non-pulverized organs to just roll in!  New Year’s is a peak time, as is prom season and graduation.  Anytime there are a lot of drunk drivers on the road, the death rates go up.  And when death rates go up, it means that people are about to get those desperately-needed hearts, livers, lungs, kidneys, eyeballs.  You  name it.

The math is pretty simple.  Every day, 18 people die waiting for an organ donation.  The average organ donor can help as many as 50.

If you don’t have organ donor checked on your driver’s license, do it now.

3.  It’s a treatment.  Not a cure.
To be clear: receiving a kidney transplant is not a cure.  It’s considered an on-going treatment.  Patrick has an auto-immune disorder that caused his kidneys to fail.  The immunosuppressant drugs he takes should stop his rabid immune system from attacking the new kidney.

But no matter what medications he takes, a donated kidney has a finite lifespan.  It could last for as long as twenty years, or as little as seven.  There’s no way to know.

4.  Drugs.
I mentioned that people seem surprised that Patrick even needs to take drugs?  Well, he does.  Like, a boatload-- antirejection drugs, mostly, which he will have to take for as long as the kidney holds out, which means that he still carries around one of these bad boys: 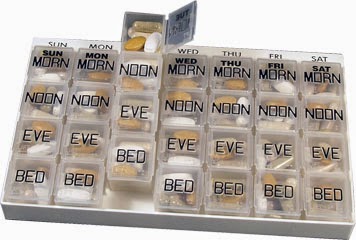 In case you couldn’t tell by that parasol remark, we’re all about the accessories.

Also, a lot of the drugs he takes are hard on his one functioning kidney.  So that 7-20 year life expectancy for the donated kidney I mentioned?  Might be cut short because it requires so many strong drugs to keep his body functioning in the first place.

So . . . you know when you watch zombie movies, and the survivors all scramble around, trying to stockpile water and weapons and stuff, and you wonder what you would grab first?  I already know the answer to that question.  In case of a zombie apocalypse, I’d be raiding every drugstore I could find for every single capsule of immunosuppressants.  Without them, we’d be going the way of the walking dead sooner than we’d like.

5. Doctor, Doctor, Mister M.D.
For the first year after Patrick got his transplant, it was doctors, doctors, all the time.  The nephrologist, the kidney transplant team, the dermatologist.  Now, he still has to see them all at least once a year, and get monthly blood tests to make sure all of his levels are all right—creatinine, cholesterol, red blood cells, all sorts of things that give the doctors a picture of his kidney health,  as well as his overall health.

Oh, what’s that?  Does Patrick have a life insurance plan?

I don’t want to make this political or anything, but . . . 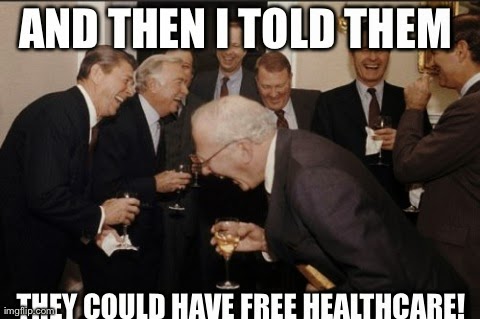 7. Take that steak well-done.
In a cowtown like KC, requesting your steak a well-done is like sacrilege.  Why would you cook all the delicious flavor out?

Because transplant patients can’t have foods that may contain bacteria.  That rules out a lot of yummy but undercooked/uncooked things, like sushi, or vegetables that can harbor bacteria, such as bean sprouts.  It also means no organ meats.  (Patrick was a fan of menudo before.)  Bacterial infections could wreck that kidney we had to wait three years for.  Starfruit and grapefruit are also off the menu, as they can be fatal to kidney patients.  That's right, I said fatal. 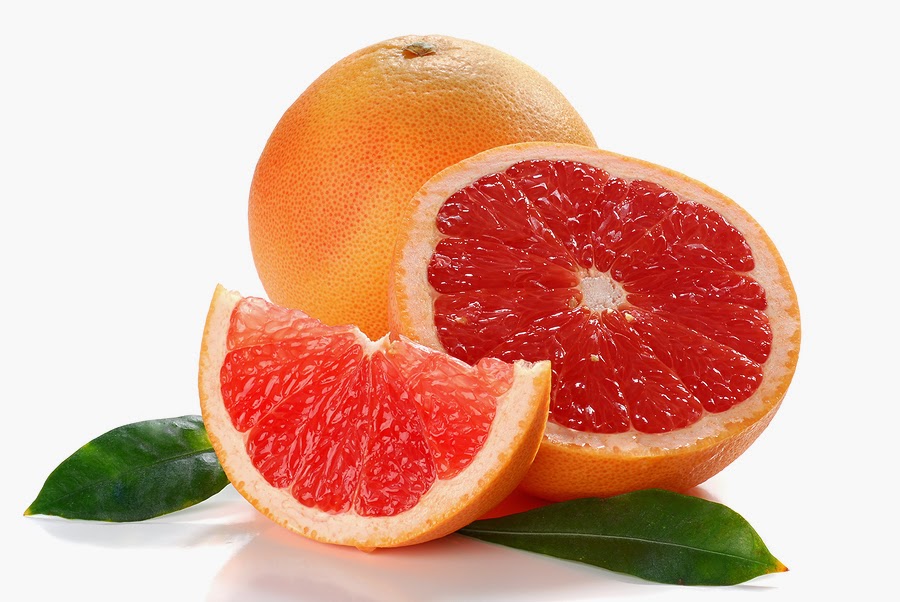 No one wants 'citrus' listed as their cause of death. No one.

But giving up these food items is a small price to pay when you consider that during his dialysis years he never had any appetite at all.  His weight used to hover around 125 or so.  Now he’s able to enjoy eating again and back to a healthy weight.

Also, kidney patients, like pregnant women, are advised to stay away from litter boxes, which carry the risk of toxoplasmosis.  In other words, he has a lifetime exemption from cleaning the litter box.  So there’s that. 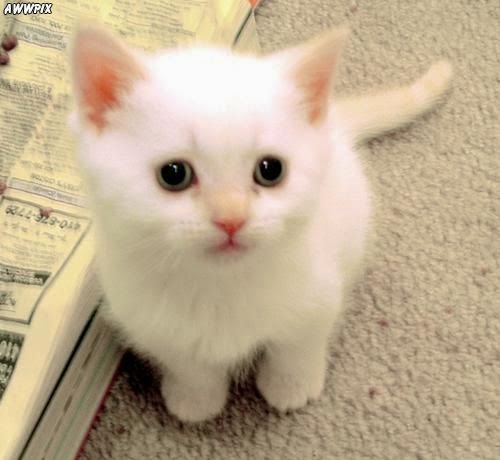 
The Heavy Wait, They All Said Life's a Bowl of Cherries But, Hack and Slash, Lessons on Being a Caregiver, or pretty much any blog post labeled "Health."

Posted by Lauren Scharhag at 7:52 PM No comments: