Here are some new places where you can read my work: 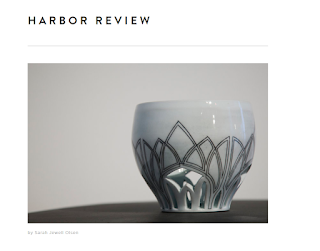 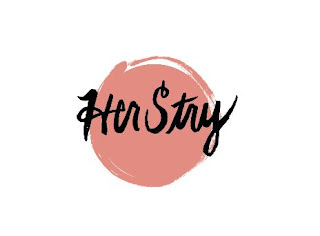 My poem, "DeeJay Love" appeared in HerStry, my second publication with that magazine.

The Pangolin Review published three of my poems: "The Bus Station," "The Eighth Kind," and "Bowie." I can now add Mauritius to the growing list of countries I've been published in.

Five of my poems appeared in Ariel Chart: "The Strawberry Festival," "Venn Diagram," "Unburied," "The Pleaides," and "Moving Day." 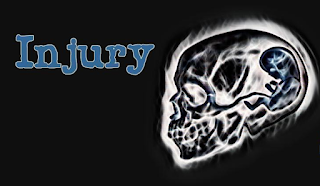 And last but not least, another publication in Duane's PoeTree Blog: "Deactivated," which will also appear in an upcoming edition of peculiar magazine.

2019 is off to a great start! I'm hard at work on the sixth and final installment of the O4S series, and I am working on assembling some poetry chapbooks.

Thank you for reading! As always, I hope you enjoy my work.


Posted by Lauren Scharhag at 5:18 PM No comments:

Poetry Review: Felt This So Many Times 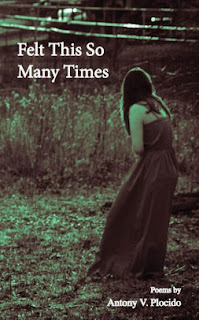 Felt This So Many Times is Tony Plocido’s third collection of poetry, released this past fall by Spartan Press. As in his previous works, Plocido’s unique poetic voice is warm, wry, self-effacing, as familiar as your next-door neighbor, and just as approachable.

Opening with, “If I could just go back to June of 1994,” this collection strikes a note of nostalgia, but with a twist: wondering not why we didn’t appreciate the moment while we were in it, but why weren’t we thinking about the future? As we get older, the future only shrinks. Why did we squander it? This is something we are all guilty of. But can we still call it “nostalgia” when we can see the past so clearly? Is there a word for when we can finally look back and see just what it is that we have done? If there isn’t, there needs to be. In the title poem, Plocido examines these patterns we fall into, which only become apparent in retrospect. In “Let Me Tell You What I’m Not,” the poet also sees other’s mistakes for what they are. In that clarity, he finds forgiveness:

I know
now
that I am not those flaws
in your lenses.
You
are not those monsters
that I fed.

Every action is an ingredient.
You take one away and
everything is different.

I wouldn’t be comfortable with that either.

The poems themselves mostly seek to understand the nature of our relationships—with the self, with romantic partners, with our friends and family (living, dead and otherwise), with God, if one exists, and with the world at large. His lines are clean and uncomplicated, his imagery rooted in the ordinary—fireworks, cards, whiskey, eggs. A poet of the tangible and the universal. “Gram” is about the loss of his beloved grandmother:

But life is a light and
all light fades.
The result isn’t darkness.
It’s space.

In two words, the void the departed leave in our lives is perfectly captured.

In addition to relationships, he examines politics, the nature of time (because he wouldn’t be a poet if he didn’t ponder that at least every now and again), and drugs and booze (ditto). Love is always prominently featured in this poet’s repertoire as well, in poems such as “More Like Jane,” which examines the more abstract yearning for love, as well as my favorite in the whole collection, “I Really Shouldn’t,” a heartbreaker of a poem, about how we look at the person we’re in love with.

Plocido is primarily a spoken-word performer, and a lot of his poetry is meant to be experienced audially: the way he plays with rhyme schemes, with assonance and alliteration; the way he uses images as transition, a reference to bread leading to a line about a sandwich. But if you aren’t lucky enough, as I have been, to catch him at a live performance, his poetry is so accessible, it can be enjoyed in any form.

Purchase Felt This So Many Times:
Amazon
Barnes & Noble

Posted by Lauren Scharhag at 9:21 PM No comments: