The Timeless Appeal of the Anti-Hero 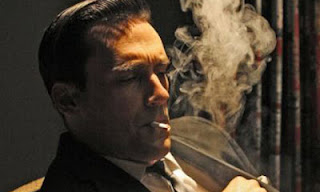 TV geek that I am, I frequent forums to discuss my favorite shows like Mad Men and Game of Thrones.  I keep seeing people post comments like, “This is the show’s protagonist?  THIS guy?  But he’s so unlikeable!  I don’t know if I can keep watching.”


Don Draper.  Pretty much every character in the GoT universe.  Walter White.  Dexter Morgan.  Nancy Botwin.  Al Swearengen.  Tony Soprano.  All these characters do horrible things-- shocking things.  We hate them for it.  And yet, we don’t stop watching—we can’t stop watching.

Characters shouldn’t have to be likable—they should be compelling.


What purpose does that serve?  Well, mainly they’re just mesmerizing to watch.  How often are the villains more interesting than the heroes?  Anti-heroes give us the best of both worlds-- they may have good intentions, but they're flawed, crippled by desires or ambition.  Like us, they make horrible mistakes.  Often, they keep making them.  Or they keep making the same mistake.
We read and watch films and television shows to step out of ourselves.  Fiction gives us the opportunity to think the unthinkable, to speak the unspeakable, to do the nasty.  If you want a boy scout, go watch Captain America.  If you want someone sweet as pie, check out Pollyanna.  But don’t complain when you tune into a show about people who lie for a living, or a medieval-style fantasy featuring broadswords.  Somebody’s going to get mercilessly whacked. 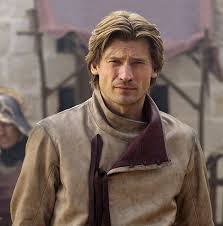 No one said Don Draper was the hero—just the focus of the story.  And just because Don’s the focus of the story, doesn’t necessarily mean you should like him, either.  And, good Lord, I hope you don’t fucking identify with him.  If you do, what’s wrong with you?  (Unless you grew up in a whorehouse, in which case, I'd say your foibles are understandable.)


We’ve always been fascinated by reprehensible characters—Macbeth was not a nice guy.  He was weak and easily manipulated, and ultimately responsible for a lot of deaths.  Sherlock Holmes, one of my personal favorites, is actually the consummate Victorian gentleman in Doyle’s stories.  But he has been altered in recent adaptations to come across as a high-functioning autistic or even a sociopath because we are fascinated by the image of Holmes as a crime-solving machine with no social skills.


The Greek gods were petty squabblers and back-stabbers.  Lancelot and Guinevere were adulterers—and so were Madame Bovary and Anna Karenina.  Indiana Jones, Han Solo and Rhett Butler are all scoundrels.  Humbert Humbert is a perv.
Alex DeLarge and Hannibal Lecter are hypnotic.  Becky Sharp and Scarlett O’Hara didn’t play by the rules, and neither did Jane Eyre.  Tom and Huck and Bart Simpson are all rascals.  Homer Simpson is a gross, selfish asshole who paved the way for Peter Griffin.  Patrick Bateman is a psycho.  Tyler Durden is schizo.  Even the Cat in the Hat lured children into misbehaving.  James Bond is a stone-cold killer.  And that’s why we love him.  We love our characters with skeletons in the closet, with monsters under the bed, with toys in the attic. 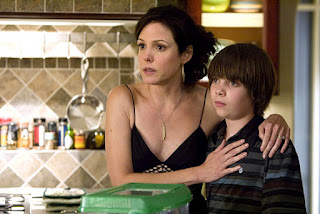 
There are happy stories and happy characters.  I like Disney and Anne of Green Gables.  I was amazed at how much I loved Captain America—I had expected to find him a boring boy scout like Superman, but he turned out to be pretty cool.


In my own stories, I have found that the difference between an anti-hero and a straight-up hero is their backstory.  Usually, something broke them and made them go dark.  People have said, ad nauseum, that the fact that these fictional characters had awful childhoods does not excuse the fact that they’re awful adults.


Well, no.  But it does explain why they are the way they are.  Most characters need an origin story.  History is not an excuse.  It’s a reason.  We are inescapably shaped by our experiences.


Well, change is hard ya’ll.  I don’t understand why people look for redemption in these characters.  Sometimes there isn’t any to be found because often, people don’t change.  Some of them even get worse.


If you’re looking for sheer escapism, choose your material carefully.  Not all of it’s entertainment—some of it is art.  And sometimes, it’s the job of art to make us uncomfortable.  That’s why it’s sometimes called provocative—it provokes.  If you want light and foamy, stick to your fucking-close-to-water beer.  Sometimes, the rest of us need something dark and full-bodied.

Posted by Lauren Scharhag at 1:07 PM No comments: