Hey, folks. For those of you who are new here, I take a moment at New Year’s to look back on the best books I’ve read over the course of the year. Not including re-reads, I read 54 books in 2016. Of those, my favorites were: 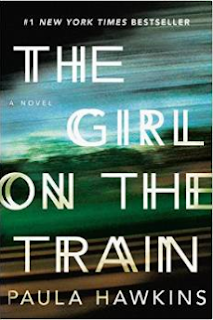 The Girl on the Train by Paula Hawkins – This is one of those believe-the-hype books. I figured out who the murderer was fairly early on, but that was hardly the point. I love books that aren’t afraid to dig into the dark side of human nature, to show ordinary people behaving badly. This book was fierce and unflinchingly honest, delving deep into the female psyche, shining a light onto women’s insecurities and the particular brand of rivalry they tend to spawn. 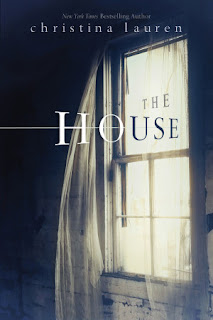 The House by Christina Lauren – A most unusual horror novel, with a surprisingly affecting teenage romance at its center. 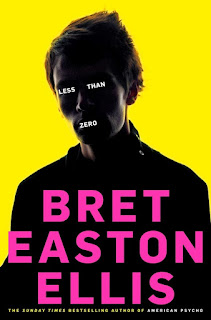 Less Than Zero by Bret Easton Ellis – I was not a fan of American Psycho, neither the book nor the film, but I happened to pick up Less Than Zero on DVD (yes, I’m one of five people left with a Netflix DVD subscription), thinking it was going to be a bit of 80s brat pack Christmas fluff.

No. No, it was not. The movie intrigued me so much, I immediately went out and got the book. Ellis was only 21 when he wrote it. At first, I thought I was reading a very well-written account of wealthy teenage decadence and ennui, until I got to the devastating final chapters. Much like heroin, it’s a downer, but an addictive one. 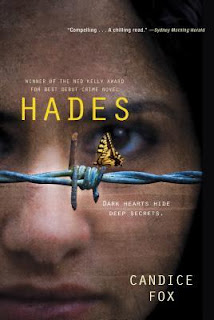 Hades by Candice Fox – A top-notch psychological thriller about a pair of siblings who survive a murder attempt and get taken in by the “fixer” who was supposed to dispose of their bodies. What can I say? I’m a sucker for foundlings and dysfunctional families. 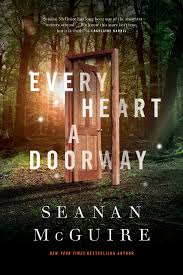 Every Heart a Doorway by Seanan McGuire – The first book in a new series called Wayward Children, McGuire asks the very interesting question—what happens to children who return from magical realms? After adventures in places like Wonderland, Oz, Narnia, and Neverland, how do you go back to your boring, normal life with parents and school? The short answer is, you don’t. McGuire introduces a magical school/halfway house for children who have returned from alternate dimensions, forever altered by their experiences. This book has not only the intriguing premise, but a delightful cast of characters. My only complaint was it wasn’t long enough, and the ending felt kind of rushed. But no worries—the next book is due out in 2017. 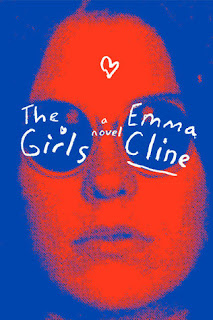 The Girls by Emma Cline – Another believe-the-hype book. This book is a gorgeously-written fictional telling of the Manson murders, but focuses on the girls and young women who became Manson’s acolytes. Not only does it explore the stifling environment of 1960s suburbia, it also captures, with painful accuracy, what it’s like to be an unremarkable, middle-class white girl on the cusp of womanhood, glimpsing the unremarkable future she seems destined for. It's no wonder she might be tempted to do something extreme. 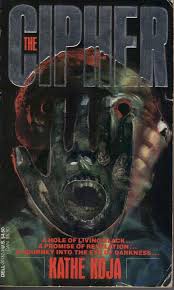 The Cipher by Kathe Koja – Koja’s debut novel, which came out in 1991, is one of the most original horror novels I have ever read. Unsurprisingly, it won both a Bram Stoker Award and a Locus Award. It’s the story of Nicholas, a slacker poet with a sarcastic girlfriend, who discovers a mysterious hole in a store room of their apartment building. It’s extreme, terrifying, nauseating, headache-inducing—but, like, in a good way? 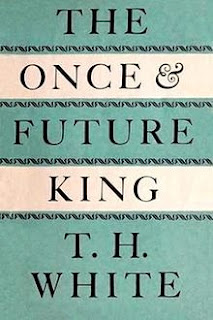 The Once and Future King by T.H. White – This is one of those OMG, why did I wait so long to read this? books. To be fair, I kind of OD’ed on Arthurian legends when I was a teenager—between back-to-back Brit Lit classes, AP English Comp, and an independent study in medieval literature (from The Mabinogion to Le Morte d’Arthur) I needed a good ten-year break or so before I picked up anything with knights, round tables, and bitches in lakes again. But The Once and Future King is a delight—funny, human, and with a modern twist (Merlin is basically a time traveler). If you love fantasy, don’t miss it. 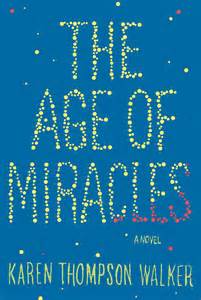 The Age of Miracles by Karen Thompson Walker – It would be overly simplistic to say this novel is about the end of the world, but its main conceit is that the Earth’s rotation is slowing down. Presumably, in a matter of years, it will stop completely. Meanwhile, the days are getting longer, gravity has been affected, animals are dying. And of course, people are losing their damn minds. Living in the era of climate change, this book was so painfully realistic, I had to keep reminding myself that I was, in fact, reading fiction. 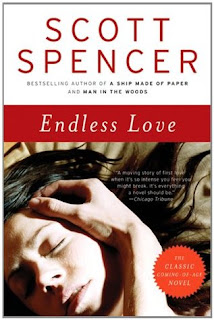 Endless Love by Scott Spencer – I almost didn’t include this book because, aside from two sex scenes, I really didn’t like it very much. The story is excruciatingly slow, the characterization uneven (by which, I mean a few characters are fleshed out, while the rest are scarcely developed). But, man, those sex scenes. The first is a relatively short scene, but I can’t stop thinking about how well it captures a particular point in a relationship. And the second? The second is just TOTALLY FUCKING BONKERS. It goes on for pages, and the woman is on her period, and by the end, there’s so much blood everywhere, the characters steal the bedding because they’re afraid the hotel staff will think someone was murdered in the room. I just… I can’t help but respect a writer who not only went there, but went there with SUCH GUSTO.

Thanks for reading. I'm always happy to hear from you, and especially happy to talk books, so please, leave comments below.

Posted by Lauren Scharhag at 12:00 AM No comments:

I have some good news and some bittersweet news that I wanted to share.

First the bittersweet: Referential Magazine is coming to the end of its six-year run. It's always tough to see literary magazines close up shop, but I know their editorial team will go on to some exciting new creative endeavors. To bid their readers and writers farewell, they have created a Best Of edition, which includes my poem, "Wild Onions."

The good-good news is, The Order of the Four Sons series are on actual bookshelves in an actual bookstore. It's kinda the ultimate dream of a writer, to see our books in print, nestled amongst all the other great titles of our genre. The bookstore is Eat My Words in Minneapolis, MN. So if you're in the Twin Cities area, stop in and grab yourself a copy!

I'm talking with some other bookstores to see if they'd be interested in carrying our books, too. I've also heard from some literary magazines, and will have pieces published in the next few months.

Don't forget, we have a book giveaway going on right now. Go here to enter.

It's been an exciting and rewarding year. I hope yours has been, too.

Happy Holidays, everybody, and joyous wishes for the New Year!

Posted by Lauren Scharhag at 5:22 PM No comments: